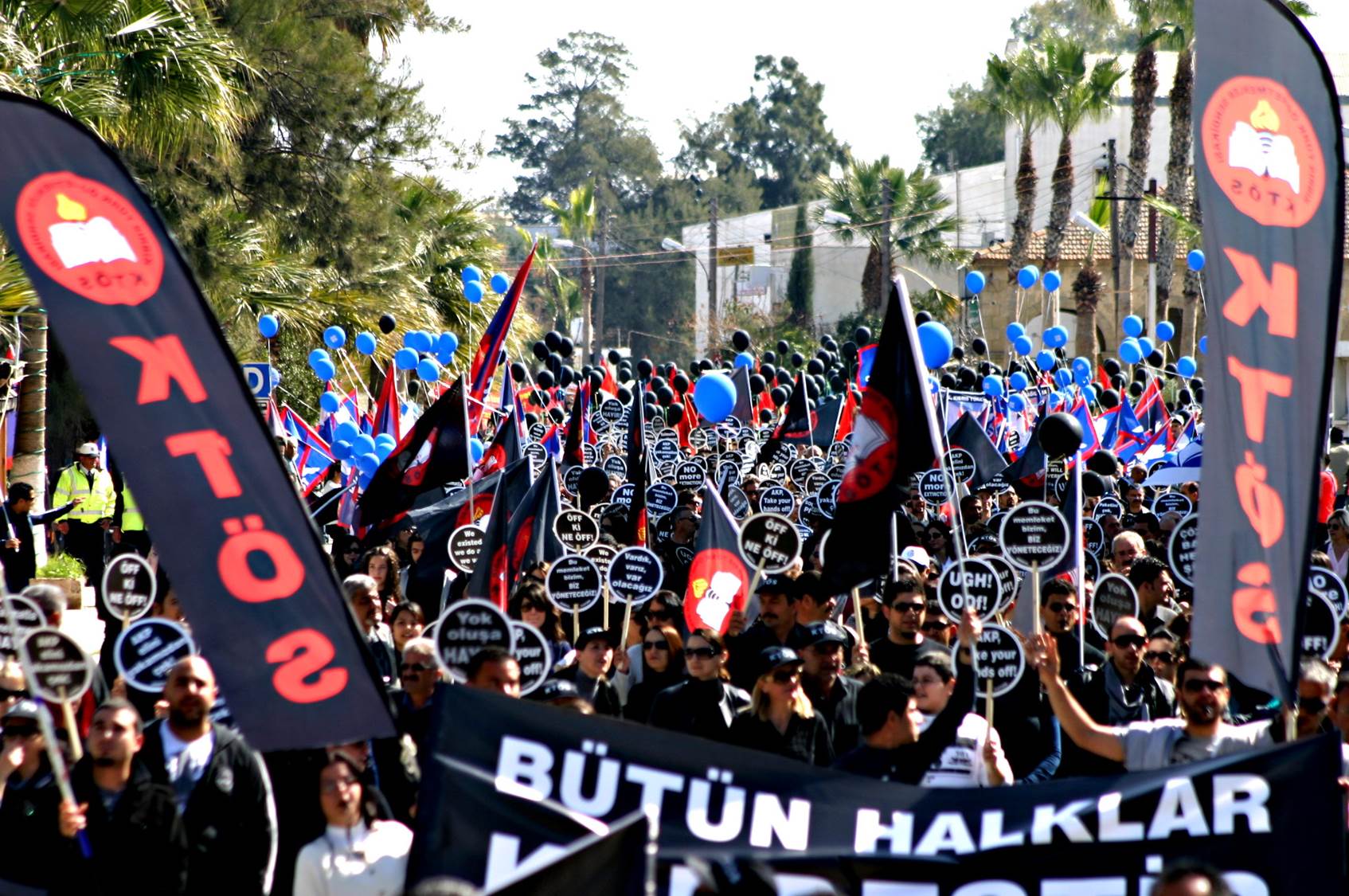 During the British Colony administration period (until 1948), the right to organize was not recognized in Cyprus. Therefore,  during this time workers (including teachers) formed associations and co-op(s)  to achieve financial solidarity. The mono-communal “Teachers’ Association” was established in 1924. This association, which gathered all Turkish Cypriot teachers under one roof, was divided into two in 1968. The decision to dissolve the association was taken mainly due to differences in the working conditions of the members and the salary differences among them, which made it difficult to give a common struggle.

Cyprus Turkish Elementary School Teachers’ Trade Union was established in 1968 with 100 members, 13 in the Executive Committee and another 5 in the Management Committee. The name of the trade union was changed as “Cyprus Turkish Teachers’ Trade Union (KTÖS)” at the extraordinary General Assembly in 1976. KTÖS was the first trade union to be set up in the Turkish Cypriot community for teachers.

KTÖS is registered in the Republic of Cyprus and therefore it is also recognized in international platforms. KTÖS with its 1800 members, is organized in primary, pre-primary and special needs education schools in the north part of Cyprus and represents almost 95% of the teachers in those institutions.

Being an active member of the Education International (EI) which gather all education unions in the world under its roof and also of  the European Trade Union Committee for Education (ETUCE), KTÖS acts to protect, defend and improve the rights of its members as well as contribute to the progress of the Turkish Cypriot community.

Besides, KTÖS which cooperates with many unions in the world and especially in Europe, has adopted the principle of contributing to the professional development, cultural awareness and creativity of its members by designing and implementing international joint projects.

KTÖS respects the rule of law principle and underlines the perception of democracy and sees it as a way of life.

The most important principle of our union is to maintain a democratic practice, transparent, impartial and fair management policy.