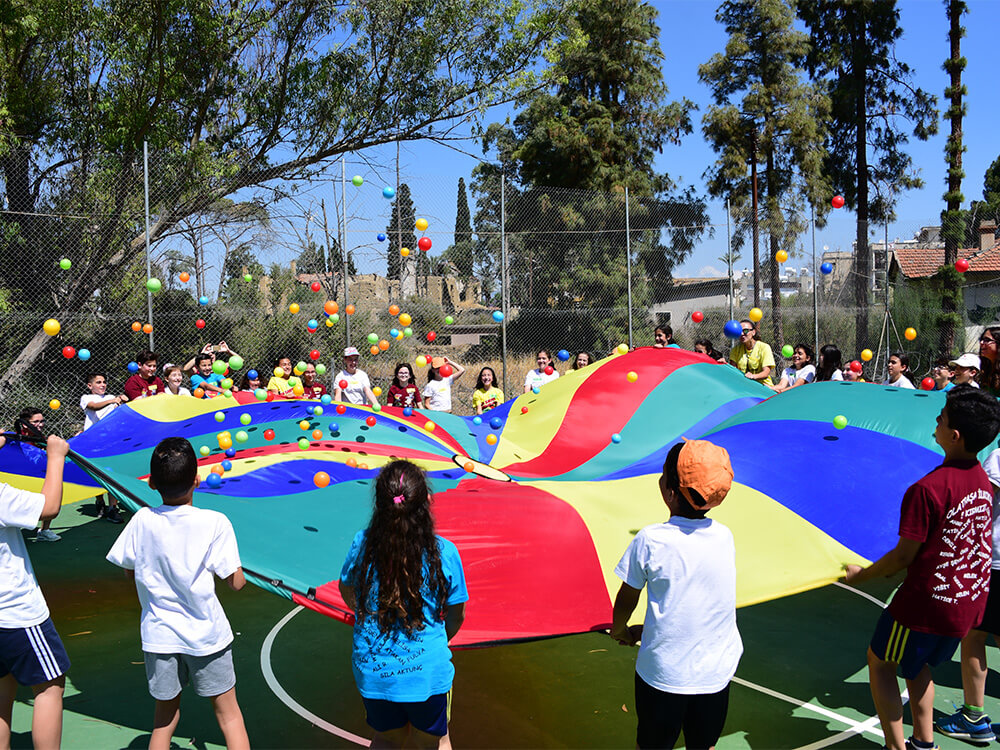 Actions Towards a Culture of Peace

KTÖS is one of the few teacher trade unions worldwide actively working for education for a culture of peace. In order to reach what we envision, we are taking steps both on organizational level with our executive and governing board members; and on educational level with the participation of our members. You can see the series of events/actions that we organized and also took part as partner or collaborator between 2013 to date.

“Peace education in schools:  The role of teachers in promoting peace through awareness raising and information on conflict prevention and conflict resolution in divided societies.” KTÖS took the initiative to organize the conference where the aim was twofold. First to demonstrate solidarity with ETUCE’s three Turkish Cypriot member organisations: KTÖS, KTOEÖS and DAÜ-SEN. Second to provide information to teacher trade unions on the role of education in peace development processes.  In particular, the meeting was aspiring to support the promotion of peace education as part of the reconciliation process in Cyprus.

10 January 2015
Agreement on Representation at ETUCE 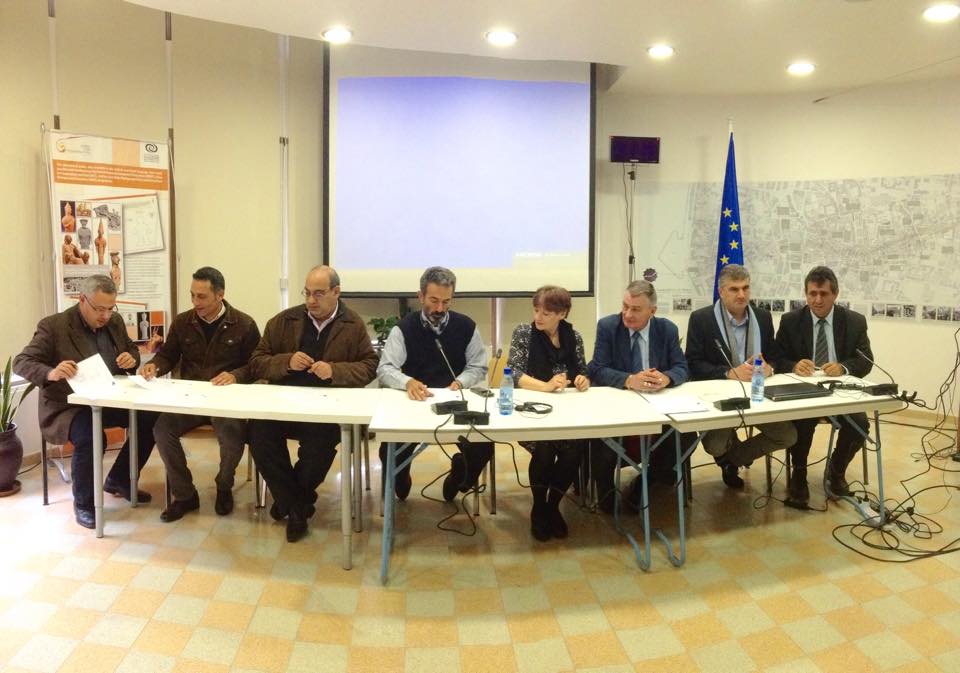 KTÖS worked very hard and lead the way for this historic agreement. All 6 Teacher Unions in Cyprus representing the Greek Cypriot and Turkish Cypriot Communities signed a historic agreement about cooperation. The agreement comes after several attempts have been made during the last 14 years. The agreement includes a rotation between the two Communities on the country seat in the ETUCE Committee for periods of 2 years. Furthermore, all unions have subscribed to common meetings of preparation, information and follow-up. The agreement comes into force as from the ETUCE Committee meeting on 18-19 March 2015. 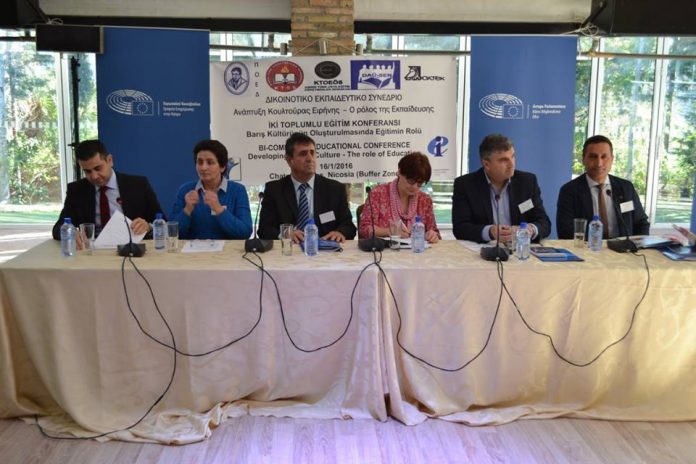 ETUCE Member organisations in Cyprus POED, KTÖS, KTOEÖS, OLTEK and DAÜ-SEN organised a bi-communal conference under the auspices of ETUCE on the topic “Developing Peace Culture – The role of Education” in Nicosia’s buffer zone. This event is one of the positive outcomes of a continuing collaboration initiated by ETUCE and its members in Cyprus to bring the country’s communities together. The conference addressed approximately 100 delegates from the five teacher unions. It was the first time in the teacher unions’ history that such an event took place and all unions’ members were able to meet each other and share their thoughts and ideas on how to build a better future and a more peaceful society in Cyprus through education.

Conference: Constructing a Culture of Peace through Social Justice

We hosted scholars and practitioners who work in different socio-political settings such as South America, Asia and Europe. In our effort to bridge the gap between theory and practice, we focused largely on workshops especially designed to meet the aims and purposes of our educators. It was a very successful conference with the participation of more than 100 hundred teachers.

Constructing a Culture of Peace through Social Justice Handbook 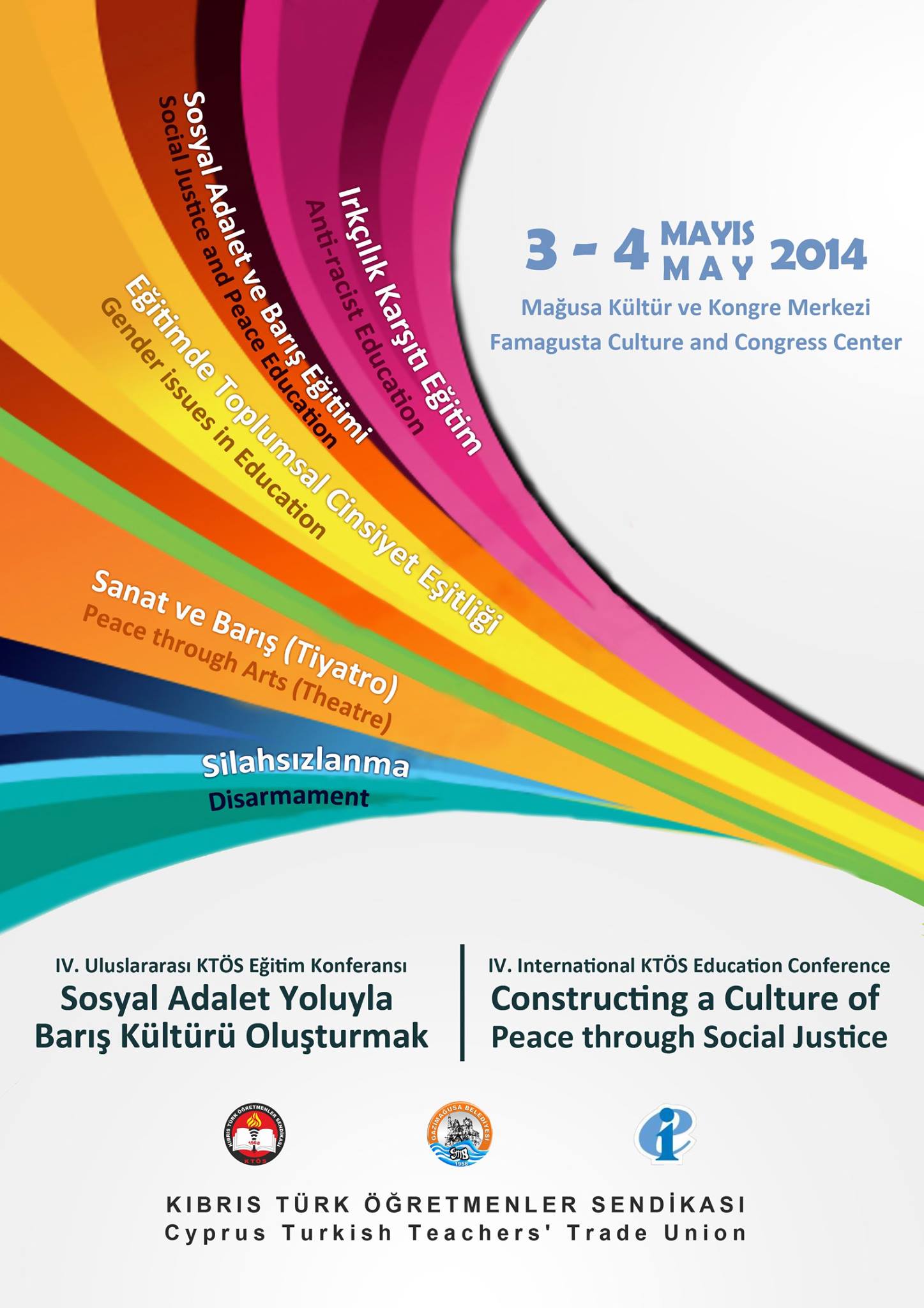 This handbook was created as a product of the “KTÖS International Conference – Constructing a Culture of Peace through Social Justice” and includes guidelines, concepts and practices, which we hope will be useful for educators in both formal and non‐formal educational settings.

Publication can be found online.

Education for a Culture of Peace Project 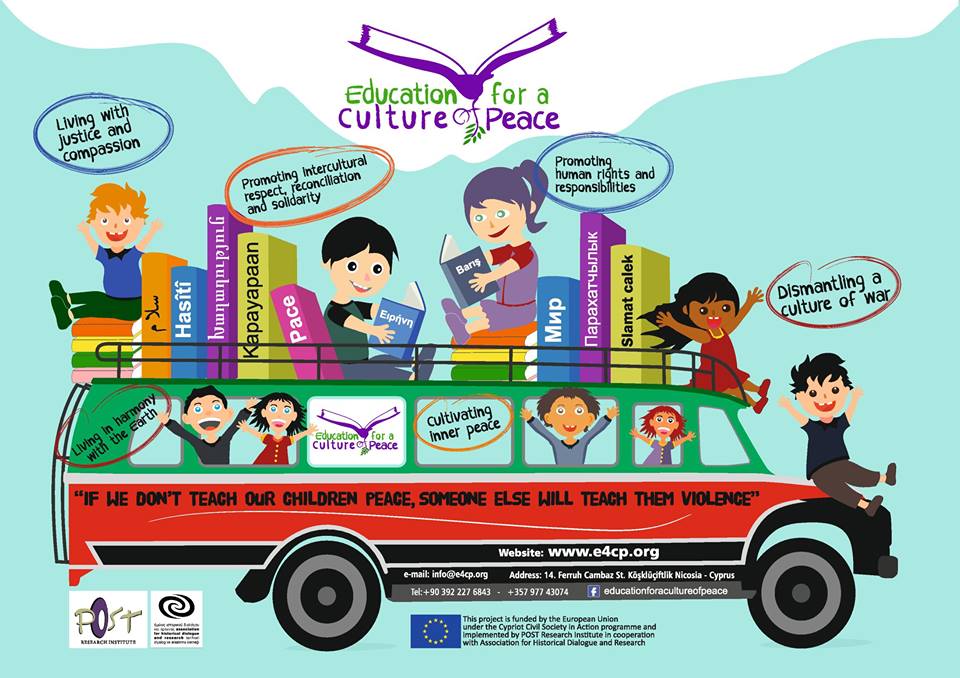 KTÖS actively supported the project named “Education for a Culture of Peace as a Vehicle for Reconciliation in Cyprus.” which aims to use Education for a Culture of Peace to bring about structural changes in society. Through trainings and other activities, the project hopes to encourage the implementation of a Culture of Peace within school curricula, thus transforming the current status-quo through a bottom-up approach by engaging educators, young people, parents, community members, and civil society in an educative and transformational process. KTÖS also believes that Education is the tool that will ensure that Peace can be cultivated and sustained, and that real social change can be achieved through transforming the educational systems across the divide.

Culture of Peace Education in Schools 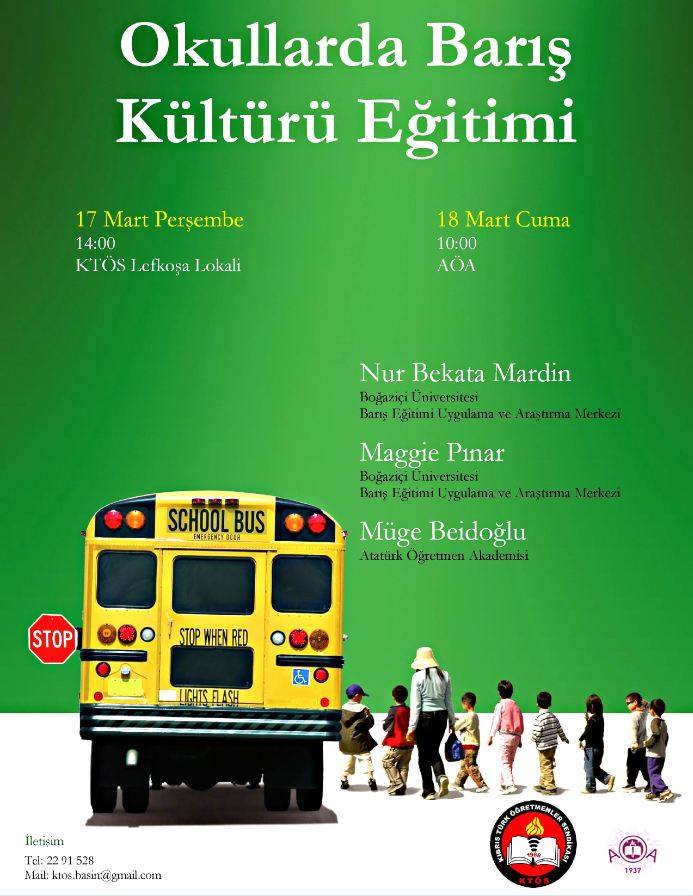 KTÖS is not only targeting their current teachers and members but also outreaches to the student teachers. We believe that teacher education is a significant area. Traditionally, teacher education does not include the concepts and values which are under the umbrella of culture of peace. For this reason, KTÖS partnered with Ataturk Teacher Training Academy and provided a culture of peace training for more than 50 student teachers.

The international conference held in Nicosia follows the four previous editions of conferences KTÖS organized on democratic education. This time KTÖS cooperated and co-organized the conference with DAÜ-SEN and independent academicians, and focused on higher education. This  cooperation  was  envisioned  and  founded  to  represent  the  growing  needs  of  higher education as an emerging and increasingly vital field across the globe. Conference featured invited talks by guest speakers as well as the presentations by the participants. The conference was comprised of six sessions on five themes:, Academic Ethics, Teacher Training in a Federal Cyprus, Globalization and Higher Education in a Federal Cyprus, Social Functions of Universities/Quality in Higher Education and the Unionization in the Higher Education Sector.

Education for Culture of Peace: Linking the micro and macro perspectives

Around forty teachers across the divide attended to the workshop that was co-organized by KTÖS, PROODEFTIKI and the Association for Historical Dialogue and Research (AHDR) in the context of EduCon Cyprus 2016 International Conference. 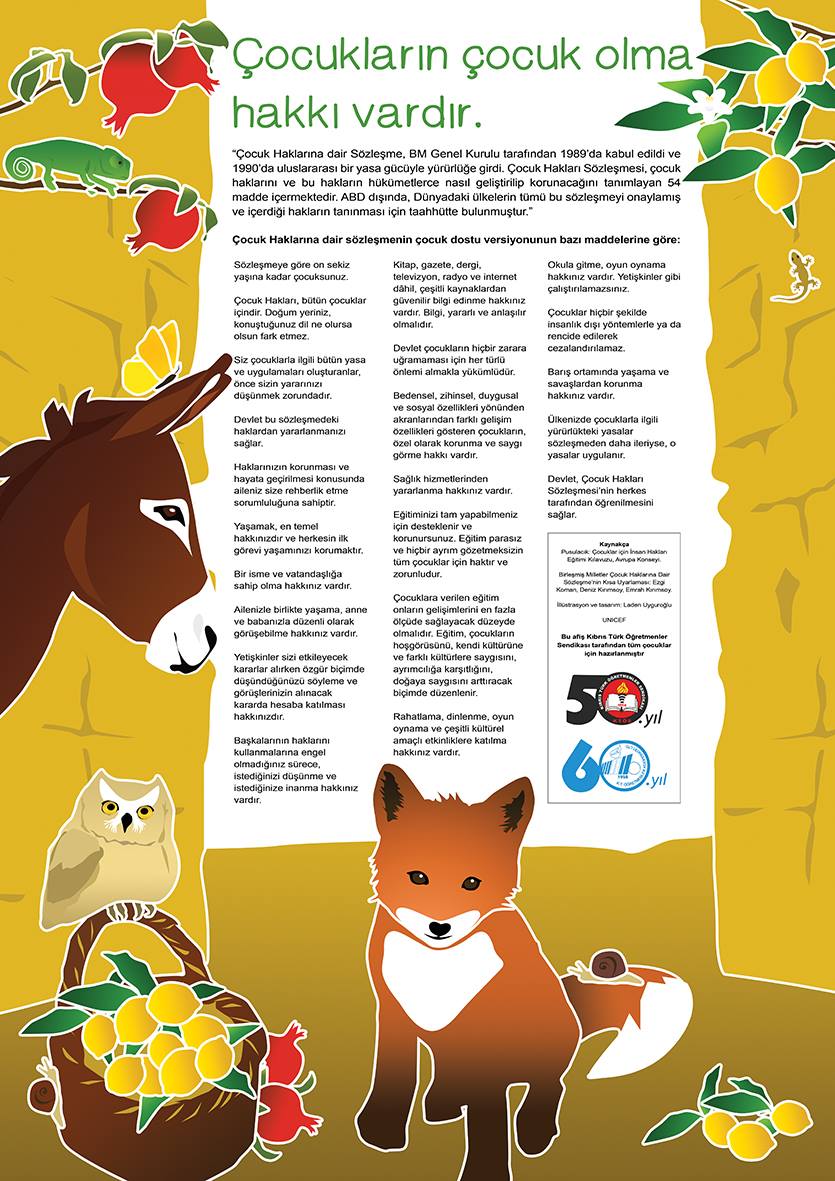 KTÖS has prepared a lesson plan for teachers and designed a child friendly poster for children on the occasion of Universal Children’s Day, 20 November. The poster was delivered to all primary and pre-primary educational schools. All the classrooms has designed a corner to help children fight for their rights and to fulfill their potential. 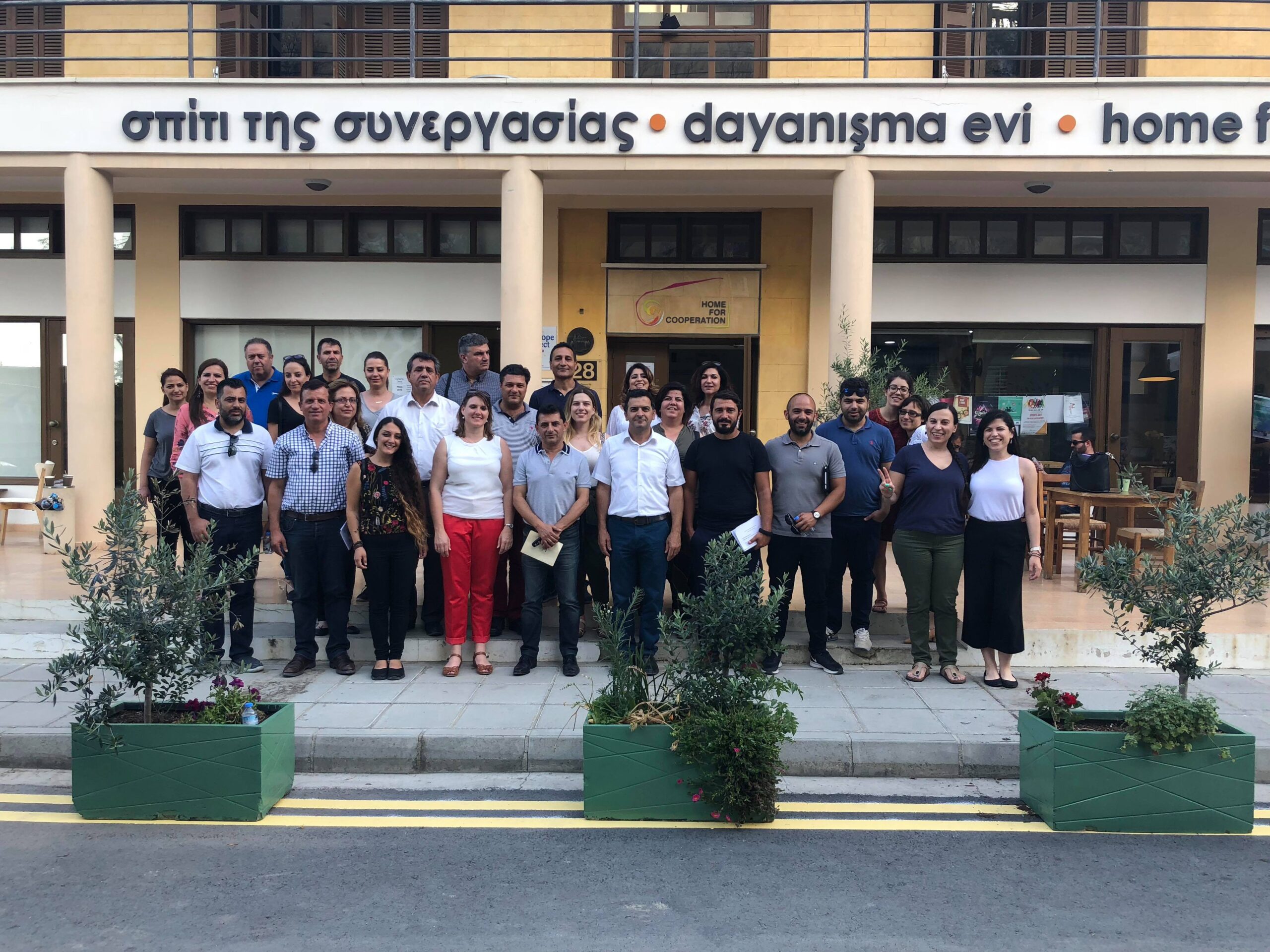 The Bi-communal Technical Committee on Education, which was established after the agreement between the two leaders in December 2015, continues its efforts to implement confidence-building measures in schools and promote contact and co-operation between students and educators from the two communities. An educational programme titled ‘Imagine’ which aims to promote contact across the divide, managed to bring together 2,000 students and 194 teachers from 40 schools on both sides during the academic year 2017-2018. KTÖS actively supports this ground-breaking initiative and encourages schools and teachers to participate in the programme in the next academic year as well. The AHDR,  the Home for Cooperation, KTÖS and Proodeftiki established the Inter-communal Children’s Choir (ICC) in 2017 believing that, along the political efforts for the re-unification of our divided homeland, there is a need for parallel peace initiatives by key organizations, groups and citizens for the promotion of a Culture of Peace. Choir will continue in the next academic year.