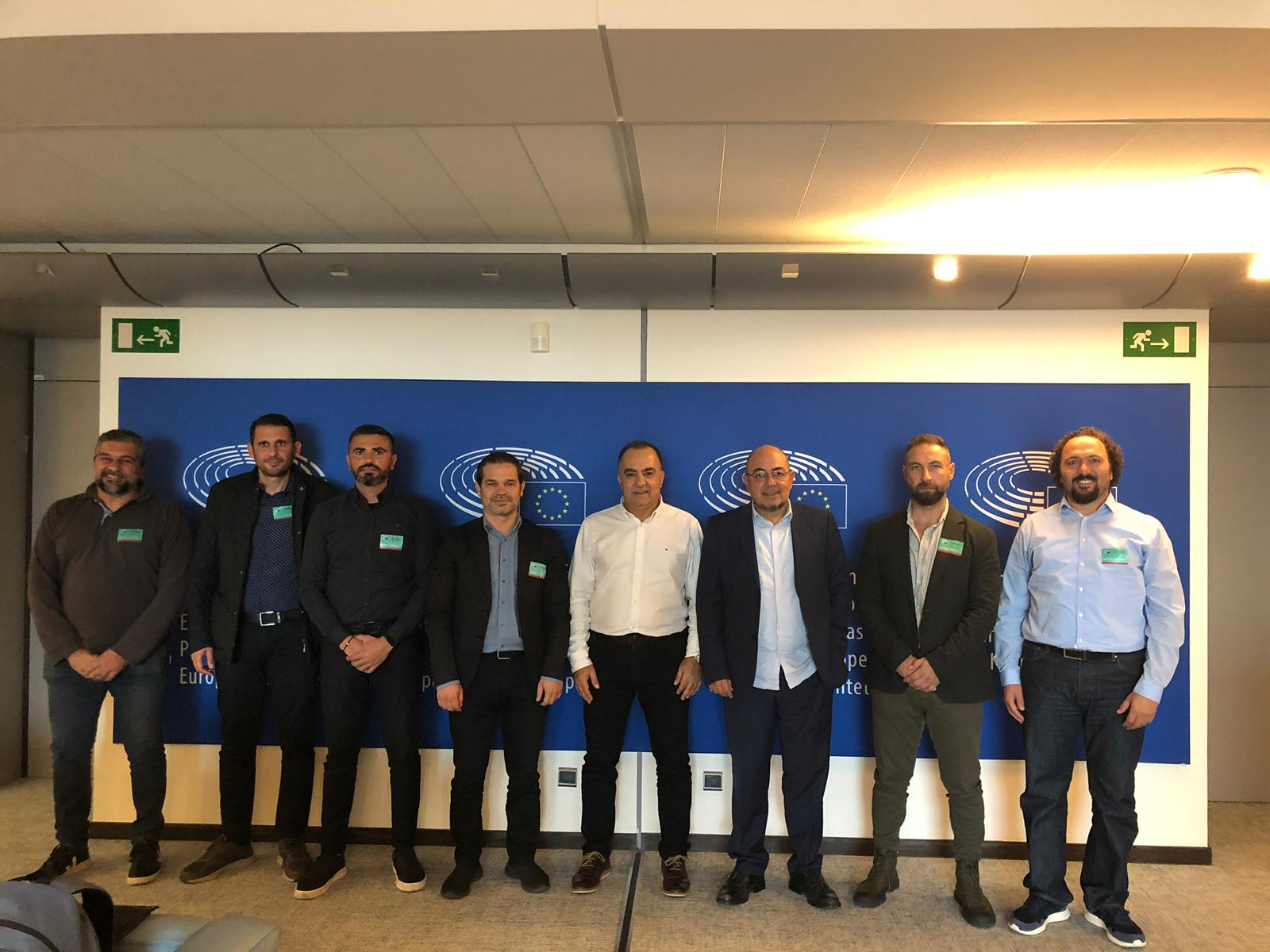 Burak Maviş, Secretary General of the Cyprus Turkish Teachers’ Trade Union (KTÖS), briefly spoke about the meeting of the Cypriot teachers’ unions with the Members of the European Parliament Niyazi Kızılyürek and Yorgos K. Yeorgiu in Brussels, to the Haravgi Newspaper.

Maviş stated that Turkish Cypriots should benefit from all the EU Rights and policies as all other EU citizens do, furthermore he emphasized that the efforts to facilitate the accession of the Turkish Cypriot community to the EU practices should be accelerated and that KTÖS will continue to enhance dialogues with the EU officials in this direction.

Maviş mentioned that they wanted to draw attention to the 2021 Turkey Report of the European Parliament at a time when the AKP government continues their efforts to suppress the Turkish Cypriots economically, politically and socio-culturally.

Referring to the relevant report, Maviş stated that a call was made for Turkey to give the necessary space to Turkish Cypriots to demonstrate their free will, as one of the legitimate communities of the island, and not to change the demographic balance of the community. The report also stressed that the Republic of Cyprus has the responsibility to expedite efforts to facilitate Turkish Cypriot accession to the EU.

Underlining that the Turkish Cypriot community, who is caught between the separatist policies of the AKP government and its collaborators on the island and the reluctance of the Greek Cypriot leadership to share the political powers, is in need of international solidarity. Maviş stated that in this context Turkish Cypriot education unions presented a series of suggestions on rapprochement between the Turkish Cypriot Community and the EU.

Suggestions Presented to the MEPs:

European Parliament resolution of 7 June 2022 on the 2021 Commission Report on Turkey (2021/2250(INI)), as per article 45, calls on the Commission to step up its efforts to engage with the Turkish Cypriot community, recalling that its place is in the European Union; calls for all parties involved to demonstrate a more courageous approach in bringing the communities together; stresses the need for the EU acquis to be implemented across the entire island following the comprehensive solution of the Cyprus problem and highlights, meanwhile, that the Republic of Cyprus is responsible for stepping up its efforts to facilitate the engagement of Turkish Cypriots with the EU.

In this context, as Turkish Cypriot Education Unions, our suggestions are as follows;

“Green Line Regulation” that regulates the movement of persons and goods between the south and the north part of Cyprus; “EU Aid Programme” that offers technical and financial support to Turkish Cypriot Community and the “Direct Trade Regulation” which has never been enacted, should be reconsidered, developed, updated and put into practice.

Turkish Cypriot community currently benefits at the minimum level from these regulations, which will have a diminishing effect on the pressure and isolation on the Turkish Cypriots, contribute to the establishment of official contact with the EU and to open the way for trade, albeit moderately. In order for all these statutes to serve their purpose, the necessary will must be demonstrated.

Erasmus+ is the EU Program that supports education, training, youth and sport in Europe for the period 2021-2027. Education, training, youth and sports are key areas that support citizens in their personal and professional development. It provides participating organizations and individuals with a comprehensive list of opportunities supported by the program. However, Turkish Cypriots cannot benefit from this program neither personally nor institutionally.

There are difficulties in accessing these programs through the National Agency (NA). The main issue is the communication/contact problems with the relevant agency. In particular, some arrangements should be made regarding the direct participation of Turkish Cypriot schools, teachers and students in these programmes. A mechanism that can work with the National Agency (NA) and enable Turkish Cypriots to access these programs directly, such as the EU Offices established in the north, should be created.

Universities, which are at the forefront of the most important economic activities in northern Cyprus, are outside the accreditation arrangements made throughout the EU. The inclusion of Turkish Cypriot universities that meet certain criteria in the process, which is called the “Bologna Process”, which includes various collaborations and standards from mutual recognition of the diplomas to be awarded, to the exchange of students and lecturers, will be an achievement that will increase the quality of higher education.

The authorities of the Republic of Cyprus are creating unnecessary difficulties in many issues that can facilitate and ease the daily life of Turkish Cypriots. Turkish Cypriots are facing with discriminatory rules in various areas. When citizens residing in the north attempt to open a bank account in the Republic of Cyprus controlled areas of the island -which would also be valid in the European Union countries- or apply to get benefit from the health system (GESY) by paying the same fee as Greek Cypriot citizens do, or any other similar issues, Turkish Cypriots are excluded from these rights and practices.

“Just as states do not decide who an individual will marry, neither does an individual have the right to determine his parents”. While these facts are obvious, the attitude of the Greek Cypriot political elites holding the official positions of the Republic of Cyprus, who see the issue of citizenship of the Republic of Cyprus as a political material and a matter of bargaining, is unacceptable.

(On behalf of the Turkish Cypriot Education Unions)